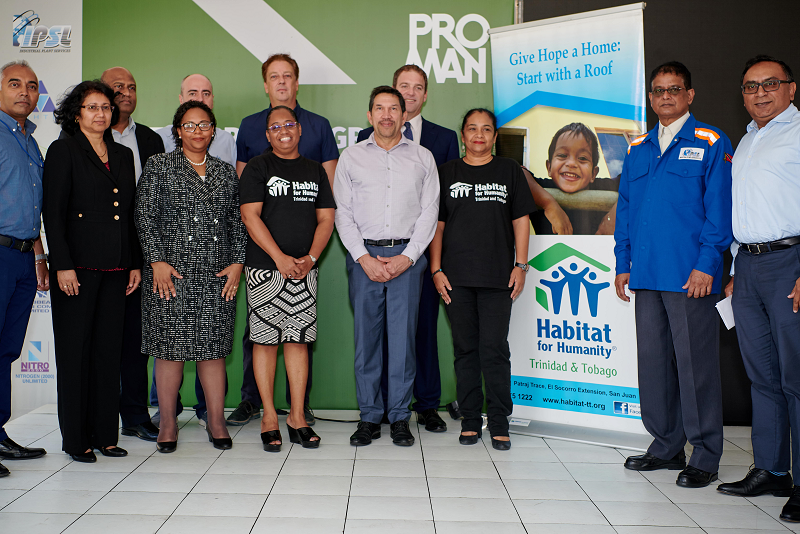 Port of Spain, 5 December 2018 – One of the world’s leading petrochemical producers, Proman, and the leading international housing charity, Habitat for Humanity, have today announced a multi-year partnership that will ensure thousands of people have access to safe, decent and affordable housing, as well as support multiple long-term community projects around the world.

In an initial two-year partnership, Proman will be donating US$1.2 million (just over TT$8 million) to support a range of home building, disaster resilience and emergency response projects across mainly Trinidad and Tobago, but also Europe, and the United States. This follows Proman’s donation of TT$1 million in October 2018 to Living Water Community, to assist in relief and recovery efforts following the devastating floods in Trinidad and Tobago.

David Cassidy, Chief Executive of Proman, welcomed the initiative and said: “The partnership with Habitat for Humanity as a whole reaffirms, and strengthens,  our deeply held values as a company: to act as long-term partners with all of the communities and in all of the countries, in which we operate. Investing in the sustainable development of our people, our places and the local economy is not only our responsibility but a fundamental part of who we are as Proman. We have always prioritised local content. We always look to the long-term.”

Proman’s local subsidiaries CNC and N2000 are proud to have supported Habitat for Humanity in Trinidad and Tobago since 2012, and today’s announcement builds on their joint achievements. Together, Proman Group and Habitat for Humanity will be focussing on delivering the practical support that makes a real and lasting difference to the lives of those most in need. 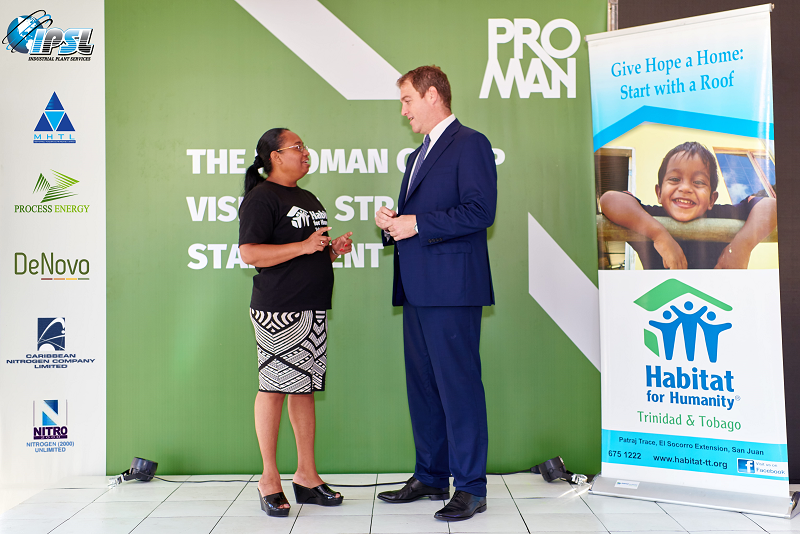 Throughout the duration of the partnership, Proman’s donation will be complemented by ongoing volunteer and fundraising work by Proman employees, focussing initially on the communities most closely tied to Proman’s operations around the world.

“We are very grateful for partners like Proman and their commitment to deliver practical and long-lasting support to local communities in Trinidad & Tobago, Europe and the United States,” said Torre Nelson, area vice president for Europe, Middle East and Africa at Habitat for Humanity. “Together we can help empower families to achieve the strength, stability and independence they need to build a better life.”

David Cassidy added, “This is an important initiative, and one that we want every member of our team, across the whole of the Proman family of companies, to be involved in. We all, including myself, have a critical role to play in making this partnership with Habitat for Humanity a success. We will look forward to working together to make a positive impact on the communities in which we operate.”

The partnership will officially launch in January 2019.

Everyone deserves a safe and affordable place to live. Help us!